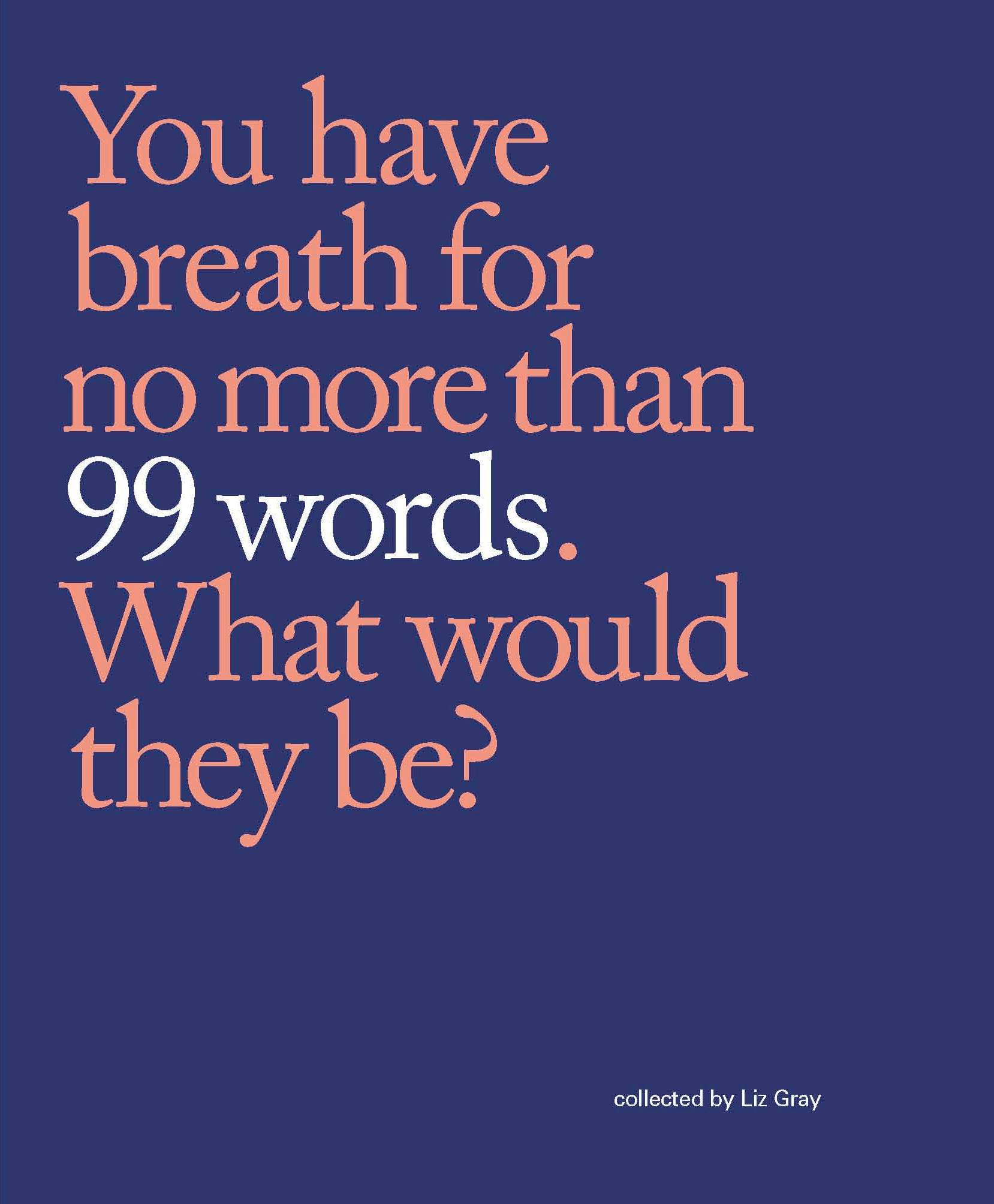 You have breath for no more than 99 words. What would they be?

'If you had breath for no more than 99 words, what would they be?'

Liz was a successful film-maker until a serious injury left her for a while unable to speak, write or read comfortably for more than a few minutes at a time. Hers had been a visual world. Now she had to think again. She turned for help to those she most wanted to hear. Her request touched a chord in an extraordinary range of people: poets and musicians, politicians and scientists, people working for peace, for spiritual understanding and for health. Their response showed her how every word can be precious.

This beautiful book includes cover flaps, endpapers and a strikingly original text design. A wonderful book for personal inspiration or to give as a gift.