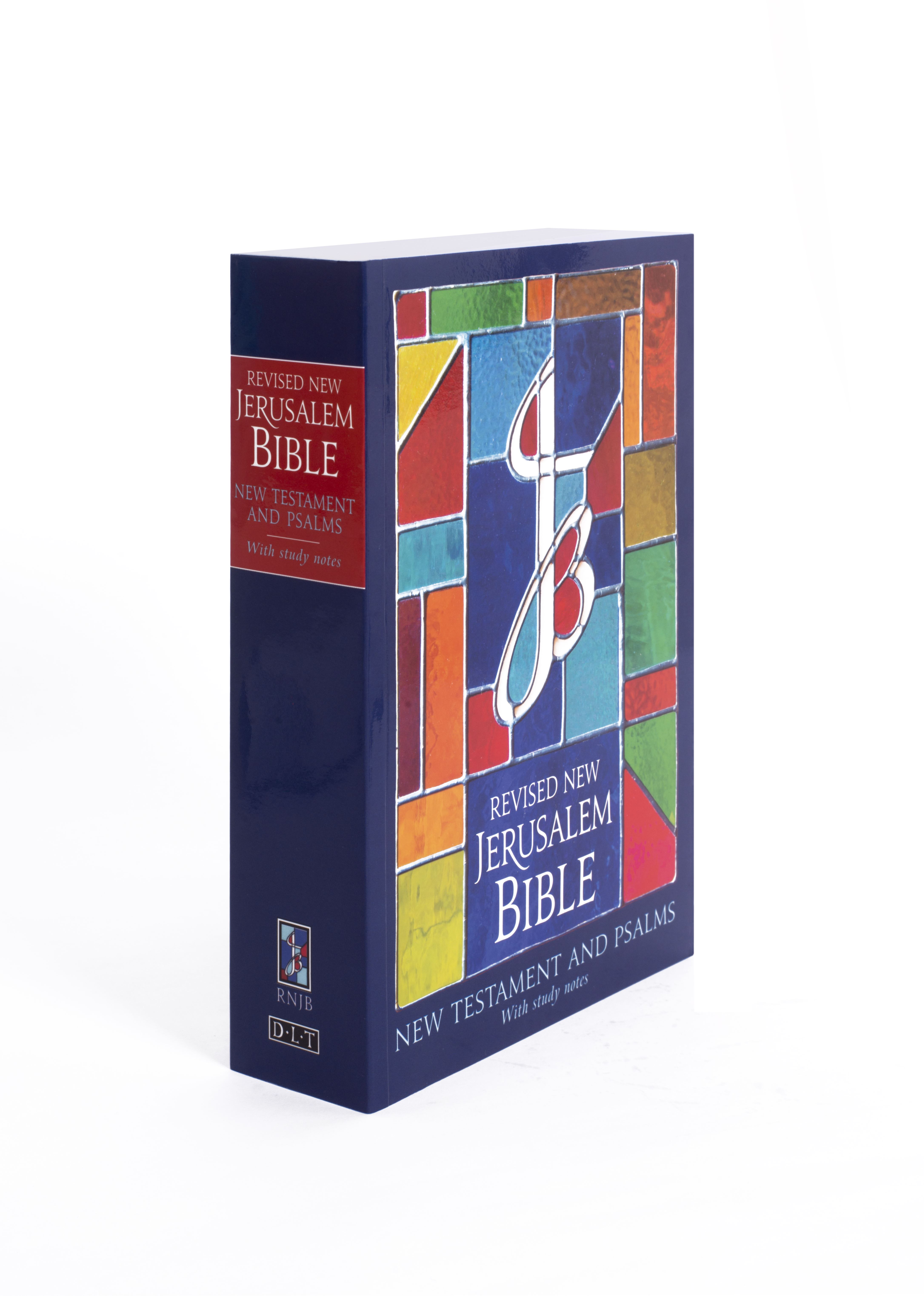 “The RNJB fulfils the pressing need for a lucid translation with clear explanatory notes for use in public and private reading, for instruction and for the liturgy.”

"The Revised New Jerusalem Bible: New Testament and Psalms is an outstanding piece of work."

‘The RNJB is one of the most beautiful and poetic of all the translations of the Bible. Years ago, I read the New Jerusalem Bible and was astonished at how it brought to vivid life the stories of the Old and New Testament. One could, I discovered with delight, read them as if you were reading a well-written story. Now the RNJB improves on this by updating its scholarship and its sensitivity to subtle changes in contemporary English, and in the process introduces the Bible to a new generation of readers.’

A Bible for study and proclamation.

The Revised New Jerusalem Bible presents anew the scholarship, character and clarity of the 1966 Jerusalem Bible (the first modern English version) and the 1985 New Jerusalem Bible. It is a Bible that prioritises accuracy of translation and richness of tone, written that ‘the message might be fully proclaimed’ (2 Ti 4:17).

This volume presents the full New Testament and the Psalms, and a comprehensive set of study notes, cross-references and book introductions.

‘Clear read’ style. The biblical scriptures were written to be proclaimed, so the RNJB uses linguistic style and speech patterns best suited for being read out loud.

Formal equivalence. The language, concepts and imagery of the original scriptures are presented more accurately by the RNJB than the colloquial approach of many other modern translations.

Gender inclusion. The message of the Bible is for all people, so care has been taken to avoid traditional male bias of the English language, while remaining faithful to the meaning of the original scriptures.

Modern measurements. Ancient systems of measuring and timing have been replaced by modern, metric equivalents.

Comprehensive study notes. The notes, cross-references and book introductions of the JB and NJB are replaced in the RNJB by new materials which reflect the fruit of the most up-to-date and ecumenical scholarship.

Revd Henry Wansbrough OSB is a monk of Ampleforth Abbey and one of the foremost biblical scholars of our day. Fr Henry was the translator and general editor of the NJB.
ISBNs: 9780232533613 978-0-232-53361-3 Title: the revised new jerusalem bible new testament and psalms
Subscribe to the DLT mailing list