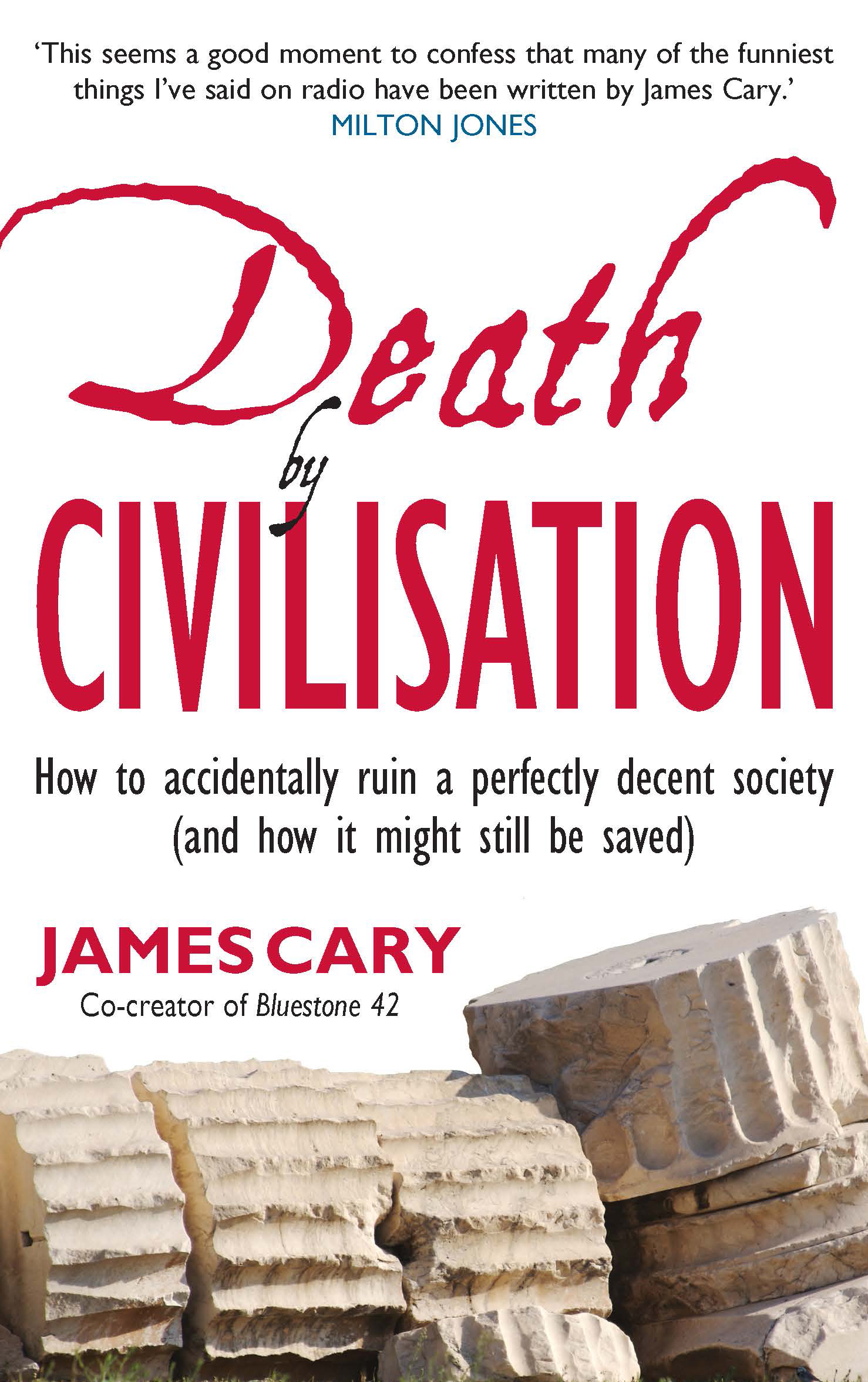 ‘This seems a good moment to confess that many of the funniest things I’ve said on radio have been written by James Cary.'

‘Many a truth is spoken in jest. James Cary humorously explains why those that preside over us are so hopeless. From the Houses of Parliament to the media, those that we like to think of as experts turn out to have more in common with Inspector Clouseau. You will laugh out loud, until you realise what a mess they've made of our country.’

Douglas Carswell MP, author of The End of Politics

‘Laugh out loud funny at times, this book is a modern version of 1066 & All That. James Cary’s observational witticisms are a joy to read and savour. He finds something funny in every aspect of our lives and isn’t shy about shouting about it. A truly brilliant debut book.’

The world is full of well-meaning people experiencing disappointment, discontentment and despair. We can put a man on the moon and grow an ear on the back of the mouse, but maybe it’s time we thought about doing something useful.

Award-winning comedy writer James Cary has been thinking about this for some time and, after plenty of time on the internet and reading some magazines, he reckons he’s found some answers. They lurk in five of the great institutions of society: The Government, The Media, The City, Academia and The Church. They all seek to make our lives better, but frequently end up being part of the problem. In his own, inimitable way James Cary stomps up to these gates of these great institutions, rings their doorbell and runs.