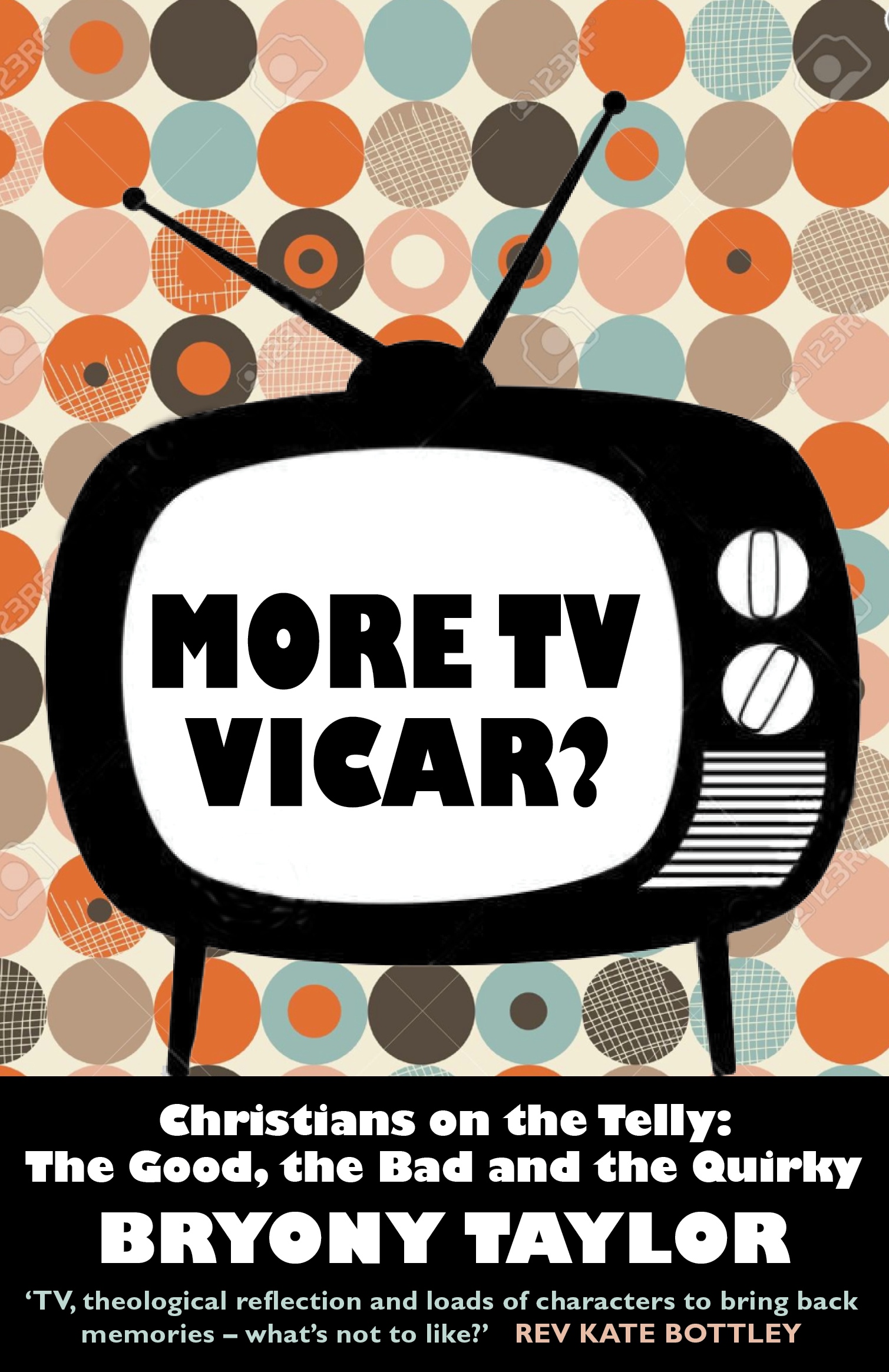 Christians on the Telly: The Good, the Bad and the Quirky

‘Vicars (and Christians) on the telly are viewed by the wider population with a varying mixture of disdain, amusement and downright bewilderment. Bryony's book not only explores the good, the bad and the quirky of TV “vicars” but also asks what we can learn from how the media paints a picture of the clergy and how we might challenge the stereotypes. It also makes us laugh at ourselves and recognise that sometimes the media portrayals of clergy (and Christians as a whole) are painfully accurate, sometimes we are frankly ridiculous and sometimes we deserve to be satirised. The hope has to be that by taking a good hard look at ourselves we might be changed to be more like the real “star of the show” (that's Jesus by the way).’

‘A fascinating read on whether television and religion can be bedfellows, should they be, and whether we should be ranting about it if they are. A cracking, timely book that will get you laughing, thinking, and thinking about what you’re laughing at.’

Paul Kerensa, comedian, broadcaster, author, co-writer of BBC’s Miranda and Not Going Out

'Bryony Taylor has put the thousands of hours spent as self-confessed 'telly addict' to good use by writing a thoughtful book that analyses comic depictions of vicars on television.'

So the Vicar of Dibley, Father Ted and the Baby-eating Bishop of Bath and Wells walk into a pub…

More TV Vicar? gets under the dog-collar of some of the best loved ‘Christian’ characters on British TV – the good, the bad and the quirky. Among well-known characters including the Vicar of Dibley, newer characters are examined from programmes such as Bluestone 42 with its female army Padre, the curate from ITV drama Broadchurch and some of the more controversial vicar characters played by Rowan Atkinson in recent years. Some of these characters are satire, some are pure nostalgia, some are just toe-curlingly accurate. The church has provided a rich seam for comedians to mine, great characters for crime fiction and nostalgic storylines for soap operas. What do these stereotypes say about British society’s view of people of faith? Why are we still seeing Christian characters on telly when all the news reports are about the church being in terminal decline?

More TV Vicar? will take you on a tour of the last 20 years of British TV’s idea of what a Christian looks like – exploring the rise of atheism, the loss of innocence and the nature of satire and provides a few laughs along the way.

The book includes original interviews with Christian comedy writers Paul Kerensa (Miranda, Not Going Out) and James Cary (Bluestone 42) and an in-depth analysis of the social media reaction to the final episode of Rev, as well as cartoons by Chris Bambrough.