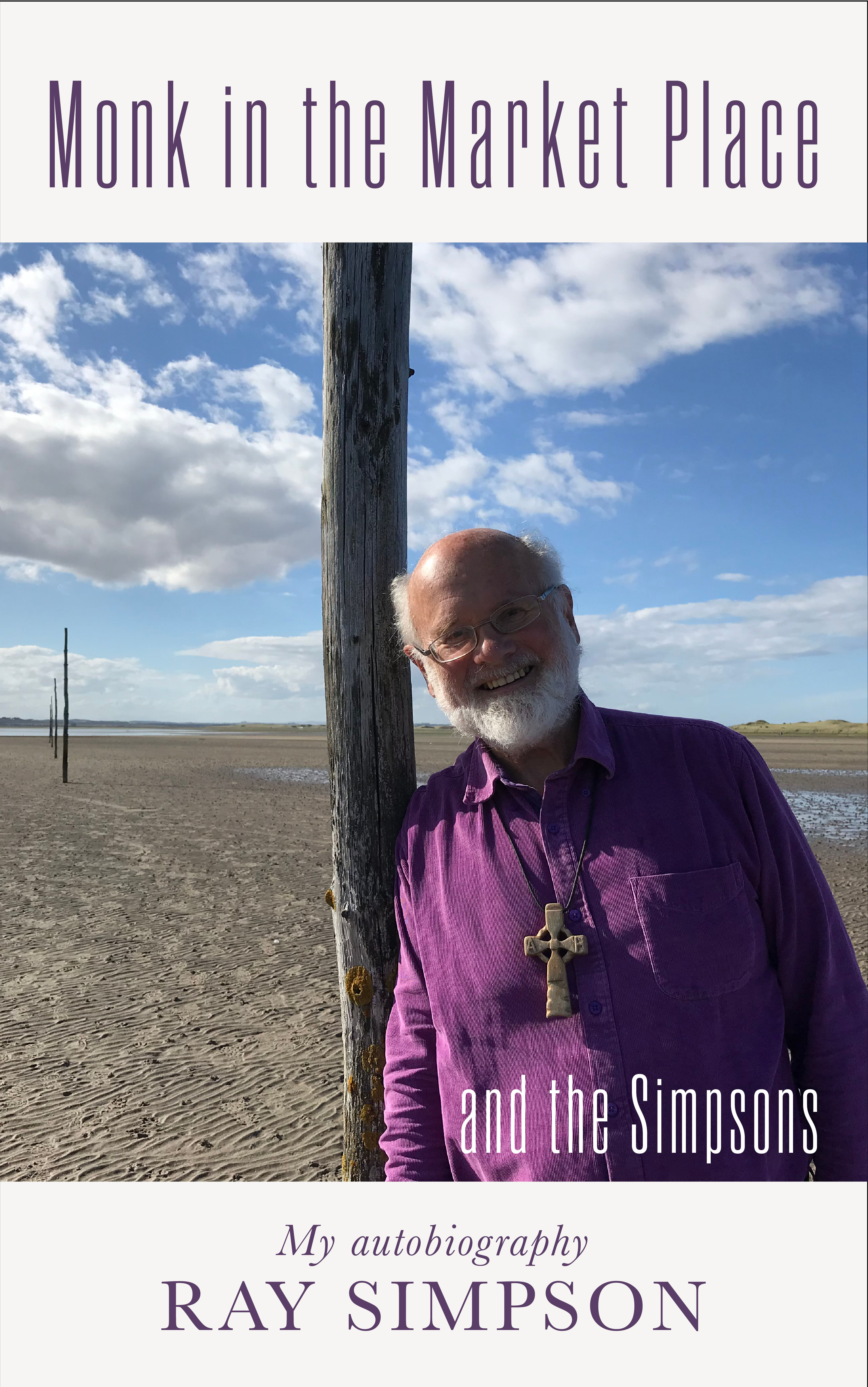 Monk in the Market Place

‘A rare combination of contemplative, charismatic and commentator, Ray Simpson charts his journey from encyclopedia salesman and Butlin's holiday camp assistant to pioneer ecumenical minister and founder of a thriving international dispersed Christian community. He tells his story with candour and spiritual insight.’

‘Ray is the most extraordinary person - his personality, faith, freshness and eclectic nature all burst through from the pages of this, his life’s pilgrimage. His honesty and immediacy beam through - the story he tells reflects the man - you meet Ray and feel yourself talking with him as you journey with him through these chapters, from childhood to the Potteries, Norwich and Lindisfarne.’

Monk in the Market Place … and the Simpsons is a memoir like no other. Ray Simpson, Founding Guardian of the international new monastic Community of Aidan and Hilda, recalls the story of a unique life in which he has followed faithfully a calling to live monastically beyond the traditional enclosures of monastery or shrine.

Ray’s unputdownable account charts human pain and God-incidents in his childhood and college, baptisms of fire in industrial heartlands and multi-racial London, pioneering a Village of God at Bowthorpe, Norwich, the call to be ‘a contemplative in the market place’ living without a salary, his co-founding of the Community of Aidan and Hilda, and twenty years as founder of the Celtic Christianity library and CAH Retreat Facilities on the Holy Island of Lindisfarne, ‘the spiritual capital of England’.

Ray Simpson is a Celtic new monastic for tomorrow's world, a lecturer, consultant, liturgist and author of some 40 books, including Exploring Celtic Spirituality, Soul Friendship and Celtic Christianity and Climate Crisis. He is Founding Guardian of the international Community of Aidan and Hilda, and the founder of the Celtic Christianity library and Open Gate Retreat House on the Holy Island of Lindisfarne.
ISBNs: 9781913657055 978-1-913657-05-5 Title: monk in the market place ISBNs: 9781913657062 978-1-913657-06-2 Title: monk in the market place
Subscribe to the DLT mailing list