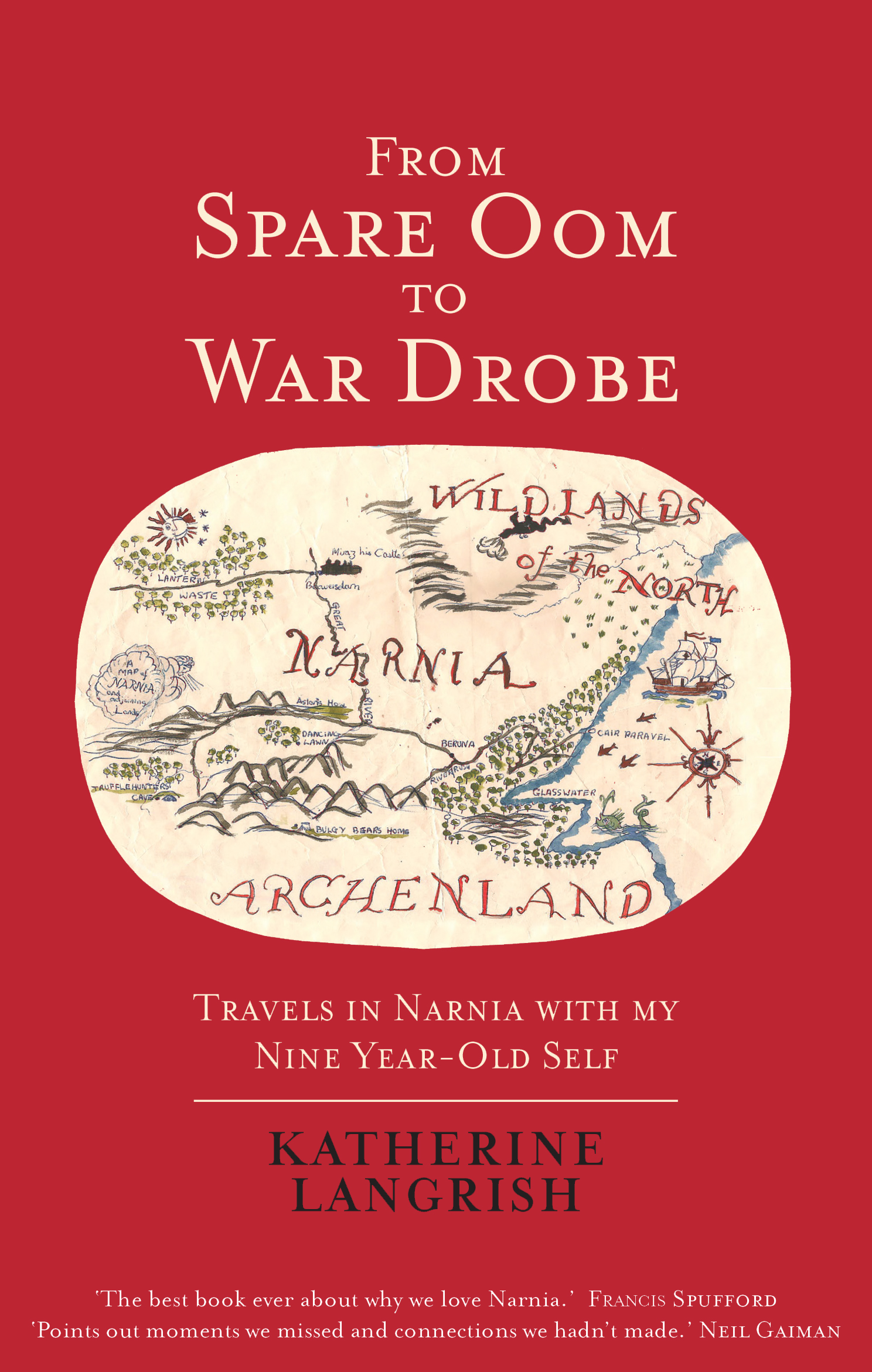 From Spare Oom to War Drobe

Travels in Narnia with my nine-year-old self

'Those of us who have visited Narnia through the books so often that we could recite our favourite moments and sentences, might not think that there is anything new waiting for us. In the role of a knowledgeable and enthusiastic guide, Katherine Langrish points out moments we missed, connections we hadn't made, and altogether takes us around a place we thought we knew and makes it finer and more interesting than it was before.'

'This loving, thoughtful, beautifully-written account of what Narnia means to the writer and to the wider world should be on every reader's bookshelf - right next, of course, to the Chronicles themselves!'

'Remembering her childhood fascination with the Chronicles of Narnia, Langrish adroitly deploys her nine year-old self and its reactions to point up differences in a child's and an adult's likely reception of particular moves by Lewis, but the meat of the book is a sustained incident-by-incident re-reading of the seven books - a truly excellent one, intelligent, informed, brilliantly responsive and some of the best appreciative writing about Narnia I have ever come across. It is writerly rather than academic, and I had no difficulty in whipping delightedly through the whole thing. The best book ever about why we love Narnia!'

Back in the 1960s a little girl of nine who was deeply in love with Narnia wrote a book of short stories. Written in spiky blue ink with various crossings-out and spelling mistakes, Katherine Langrish’s Tales of Narnia filled an old hard-cover notebook from front to back. Some of the stories were illustrated with dramatic, poster-painted scenes, and Katherine drew a map of Narnia on the inside back cover.

Now a celebrated adult writer of children’s and young adult’s literature, Langrish has revisited C. S. Lewis’s Seven Chronicles of Narnia to explore what they mean to her today. In From Spare Oom to War Drobe she analyses what once enchanted her and asks whether it still has the power to do so. Hand in hand with her nine year-old self, she traces many paths through Lewis’s thick forest of allusions not only to Christianity, but to Plato, fairy tales, myths, legends, medieval romances, renaissance poetry and indeed to other children’s books.

Here are two very different ways of reading the Narnia stories: the adult, informed, rational way and the passionate childish way. For whenever children fall in love with a book they love it fiercely, loyally, completely; and as anyone it’s ever happened to will know, it can be a transformative experience.

The Foreword has been written by award-winning writer and broadcaster Brian Sibley, who dramatised the BBC radio adaptations of The Chronicles of Narnia, and wrote Shadowlands, a biography of C. S. Lewis.